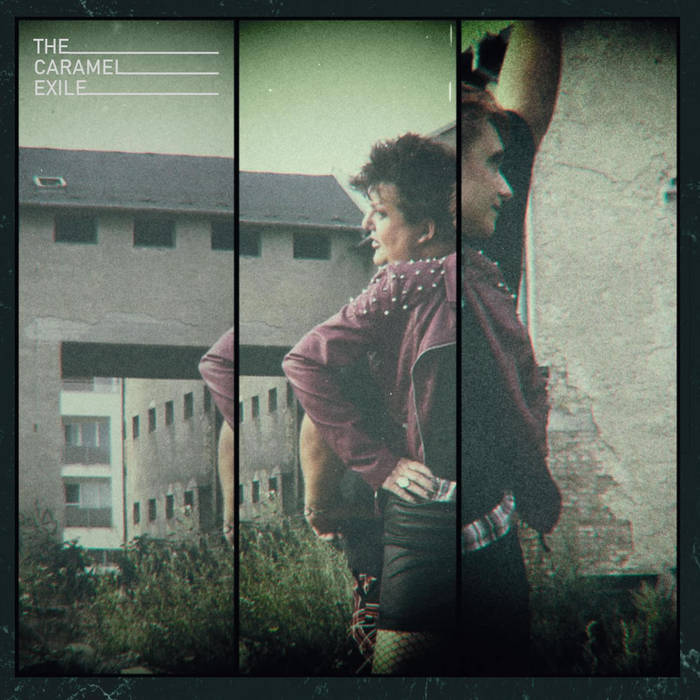 It all started in 2000 in one of Bratislava's garages. Two brothers nicknamed Dirty77 and Carlos started the band HYSTERIC HELEN. Electro, deathrock formation with touch of postpunk. In 2004, they released their first single with hit IM DEEP. At the same time the third member of Ms.Valentine officially joined the band as a singer and keyboard player who previously worked with the band as a guest. Within 3-4 years, the HYSTERIC HELEN became known to people. One of their songs is also on the compilation of Strobelight records, they played alongside the band as CINEMA STRANGE, THE LAST DAYS OF JESUS, TRAGIC BLACK... After releasing debut album in 2013, guitarist Carlos leaves and the band gives rest.
Meanwhile, Ms. Valentine is composing her own songs. In her musical style is listening to the wave, synthie, new romantic with the sounds of the 80s. At the turn of 2012/2013 it is added to it member of HYSTERIC HELEN and her boyfriend Dirty77 and they set up their side project titled THE FRANCEES LANE. They released one single FED UP and played some concerts ...
Dirty77 ends in 2013 completely sideways HYSTERIC HELEN and works on a joint project with Ms.Valentine. Their new songs have a different sound than the THE FRANCEES LANE. That is why in 2014 the duo will create a new music project THE CARAMEL EXILE with modern electro sound mixed with dark-wave, post-punk ... Members are: Ms.Valentine /vocals, keys, programming / and Dirty77 /guitar, backvocal, head of the band. All songs are written by Ms.Valentine. Produced, arrangements and sound by Dirty77. Duo will close in the spring of 2014 in the TCLemons music studio, and records the material for first debut album. In doing so, at own expense the band released the first four-songs EP called CARAMEL DEMO. EP has a good response from the public, which is expecting a debut album. However, the inconvenience is coming ... misunderstandings between the two members in private, their gauge, recording studio must change premises and so on.
despite all that, at the end of 2017, Dirty77 material for the album in the studio has finished. Issue this material would be interested record label WAVE RECORDS. In the Juny of this year, band signed with publishers WAVE RECORDS contract on album release titled THE CARAMEL EXILE. Distributors will be NOVA MD /Germany, Austria, Switzerland / and AUDIOGLOBE /worldwide/. The album will contain 13 songs, of which there are two songs /tracks 10 and 12/ in the Slovak language. Each song is specific in itself, it depicts the various moods or feelings of the author. By this we wanted to reach out to listeners. So fans of electro-wave, darkwave, postpunk, synthie ... buy and enjoy it. The album will be released end of September 2018.