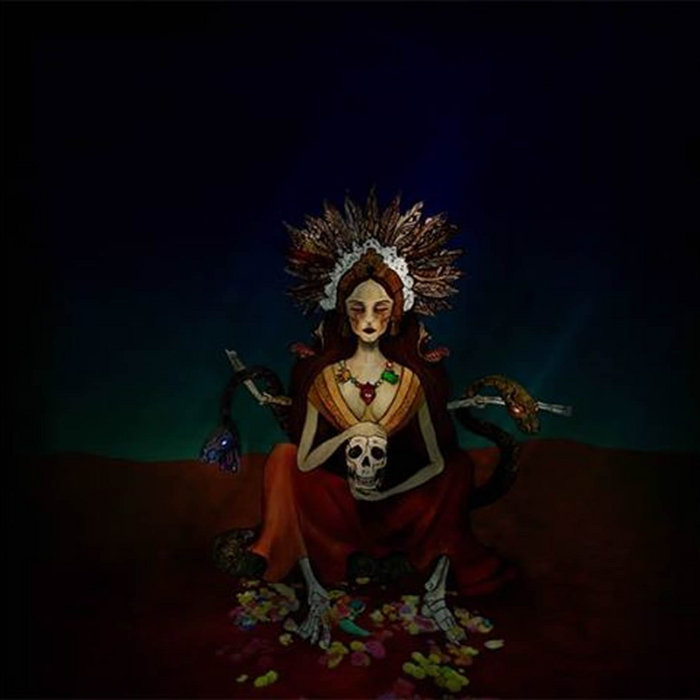 Alternative rockers Japan Suicide have announced their forthcoming album 'Santa Sangre', slated for release in xx/xx 2018. Ahead of this release, they are presenting the lead track 'Circle' with an accompanying video, produced and directed by Francesco Brunotti.

The song's lyrics are inspired by Dave Eggers' novel 'The Circle' and the video by scenes from the film 'The Wicker Man', such as the procession and the sect, relating to the novel in a different way, transposing hi-tech dystopia into an ancient ritual.

Based in the central Italian city of Terni, Japan Suicide is a four-piece comprised of Stefano Bellerba (vocals, guitar), Leonardo Mori (synth), Matteo Luciani (bass), Saverio Paiella (guitar). Formed in 2010, they united over their love of Joy Division, The Cure, Nine Inch Nails, and Depeche Mode.

"We have finally produced our new album 'Santa Sangre', which was inspired by Alejandro Jodorowsky's movie and Roberto Bolaño's novel '2666', all the while moving from echoes of British post-punk to a sound replete with more psychedelic and shoegaze textures," says Stefano Bellerba. "This is a delicate, but necessary step for us: we tried to match the quality of our previous album 'We Die in Such a Place', while also adding new sounds from our past work in order to achieve a condensed powerful opera and, at the same time, a sound that is capable of achieving different listening levels."

This album follows up the 2017 single 'This Be The Verse', released on the Dark Italia compilation 'Sparkles in the Dark vol?.?4', alongside The Soft Moon and many other cutting edge artists.

2015 brought 'We Die In Such a Place' via Unknown Pleasures Records, which stylistically combines the gloomy atmospheres so beloved by Japan Suicide with more aggressive sounds, followed by their 2016 release of the '1978' EP via Darkitalia.

Their 2015 release led to the production of several videos, significant press attention at home, and also a sync licensing deal. While Japan Suicide has performed many gigs across Europe, in May 2018 they will venture to America for their first USA/ Mexico tour.

The 'Santa Sangre' album will be released on xx/xx 2018 via Wave Records, in vinyl edition.

"This five-piece band tweaks every post-punk sensor known to humankind, and help prove anew that Italy's hotter in the post-punk arts right now than just about anywhere" – Stereo Embers Magazine

"A group that touches the heart, a clever reinterpretation of old songs and a capacity to compose lively and evocative compositions" – Obskure Magazine

"Always faithful to their influences, they offer well-crafted compositions, marked by The Cure with guitar harmonies waning between melancholy and dark anger" – New Noise Mag

"The flanger and chorus-laden guitars and swelling synthesizers that fill the sound gaps with warm and moody pads resemble The Cure’s early period.. Fans of Lush should also take a careful listen" – Post-Punk Magazine