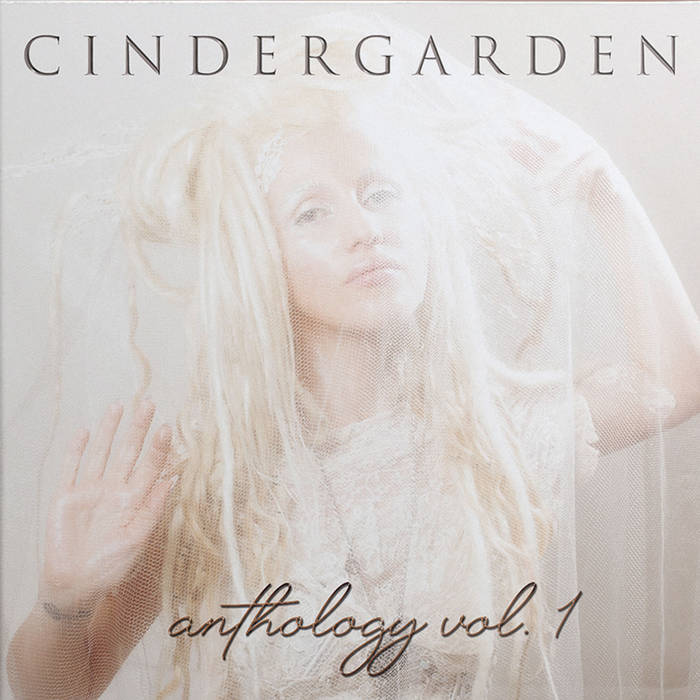 For anyone who's a fan of dark Electronica the name CINDERGARDEN should be indelibly imprinted on your brain. If it's not, it's likely to be because you haven't yet heard the groundbreaking machinations of one Jaymie Valentine, the brains and brawn behind the whole concept, who, as well as turning out some of the most startlingly original and innovative music also turns out to be a very interesting lady.”--Reflections of Darkness

Cindergarden is Jaymie Valentine a fiercely independent artist and now a veteran presence within underground music culture, having recorded and produced a prolific amount of conceptual albums in the last twelve years. She is a singer, songwriter, keyboardist, drum programmer, arranger, and producer whose work has been an uncompromising vision of complete artistry. She released 6 albuns from 2006 to 2020.

-After some brief time away from the studio in 2015, Jaymie Valentine won a best actress award for the horror film Dry Blood
-Jaymie has been performing in professional productions of music, dance and theater since early childhood having grown up largely in Las Vegas, NV and birthed on the island of Honolulu, Hawaii.
-Jaymie Valentine attended the University of the Arts in Philadephpiha, PA for two years, double majored in jazz music and modern dance but dropped out at age 19 to move to LA one night with a stranger on a whim.
-Rather than going the conventional route, in 2006 Valentine created her own record label, Looking Glass Records, to release her debut so that she could remain in full control of her vision.
-Valentine has appeared on several film scores as both a licensed artist and a contributor to instrumental scores.
-While Valentine’s life remains largely a mystery, she has disclosed that her biological mother, a visual artist and poet died, at the tender age of four and her father, a rock and roll drummer, when she was eight, forever shaping her relationship to the beyond as well as to art and music, creating a deeply profound link.


With sage, philosophical lyricism that goes beyond the typical and often delves directly into the occult, Cindergarden brings forth a daring yet elegantly refined gothic soul. Punctuated with experimental elements of modern electronics and a vocal panache that is uncommon, her tender “angelgoth” voice casts graceful spells across glitchy beats as well as ivory keys. Her music and lyrics dare the listener to gaze into the darkest abyss and emerge transformed into light.

While a stunned cult following proclaims to a surreal degree that Cindergarden is one of the most underrated artists of our time, this project has still managed to be wildly influential in the span of it’s existence due to the pure musicality, detail, and ingenuity delivered consistently by Cindergarden’s sole creator, Jaymie Valentine. Furthermore, Cindergarden’s Lunar Phases music video aesthetic influence can be seen across the map!


“Lunar Phases” standing out as perhaps her finest song yet. A rapturous, magical six minutes of pop, with echoes of Dead Can Dance and This Mortal Coil undulating through this exotic danceable masterpiece. The track also features her first official music video, which was so beloved that it inspired a dance piece by the acclaimed belly dancer, Nefru Merit, in a popular Ukraine Moon-adoring festival.

Featured sounds by K.Spark and WIZDUMB, plus Basi joins the show to discuss his latest release.